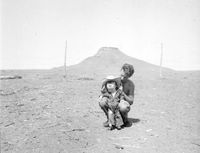 Rare Mention in the National Press

Ziebach County, home of Thunder Butte, received a rare mention in the national press this week—Time Magazine. See the article in Time, Outsourcing Your Homework”. The story is about the plan of a Bangalore-based firm, TutorVista, to provide free online tutoring to school kids in the ten poorest counties in the U.S. While it is unfortunate that Ziebach County is counted among the ten poorest counties, the additional help for kids should enhance their success in schools and life.