Although Stanley Kubrick's film, The Shining, was filmed at the Stanley Hotel in Estes Park, Colorado, the setting could easily have been the historic Redstone Castle in Redstone, Colorado. Built around the turn of the last century by industrialist John Cleveland Osgood, the Castle—then known as the Cleveholm Manor—was an opulent 42-room Tudor-style mansion. With 16 bedrooms and 14 fireplaces, the Castle called to mind the regal country residences of old England. In its early days, the Castle played host to the famous and the powerful, reportedly including President Teddy Roosevelt and John D. Rockefeller. Osgood passed away in 1927. By the late 1940s, the rich and the famous were long gone, and the Castle and the small community nearby seemed destined to become a ghost town. 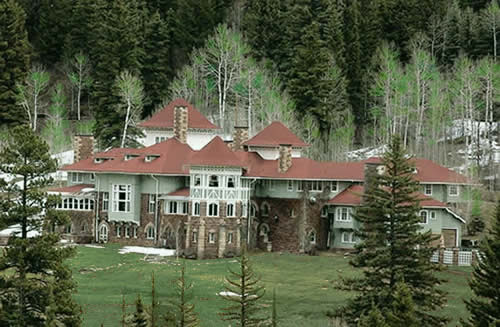 In the late 1960s, Neal and Dorothy Crowley left Faith, South Dakota, for a couple of years for a stint as the live-in caretakers for the Castle. Neal, always interested in fodder for new tales was taken with the place. Dorothy was less so. Despite the Castle's reputation as a haunted place and one that Osgood never really left though he had passed away years before, Neal was the kind of person who did not need the supernatural in order to find material for a tall tale. Neal used to give occasional visitors, including groups of college students, tours of the Castle. Pointing to a zebra skin hanging on one wall, he would tell people with a straight face that his father had shot it on safari in Africa. Neal loved to tell tall stories. It was in complete earnestness, though, that Neal would relate stories of some of the strange events that used to happen at the castle. There were the strange voices and the smell of cigar smoke that would appear without warning in some of the rooms. There were chairs that would move by themselves. You would leave a room only to come back later and find that someone or something had dragged a chair from one corner of a room to another. 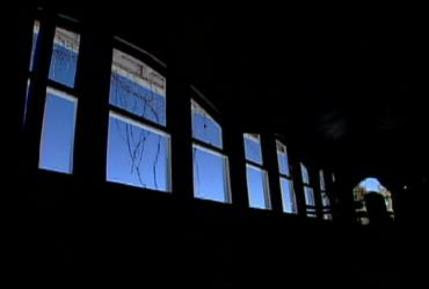 A Darkened Hallway, Peering Through the Windows

Neal and Dorothy often felt as though they were being watched. Dorothy did not like to acknowledge this or the other strange things associated with the Castle, but did say that this was so. Neal’s sister Cece and her husband Al drove out to Colorado to stay at the Castle for a few days. Cece recounted the feeling of always being watched with intensity—especially the fear that she felt walking down a dark hallway on a late night trip to the bathroom. One can only imagine how Neal and Dorothy used to feel on cold and lonely winter nights, cut off from the outside world, completely snowed in. It does bring to mind scenes from the movie, The Shining. 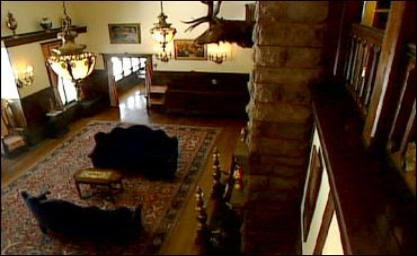 The stay at the Castle could not have done anything to improve Neal and Dorothy’s marriage. I never heard it cited as a reason for their troubles, but within a few years, they were divorced. Both returned to Faith, South Dakota, temporarily, and then moved on to lead separate lives. 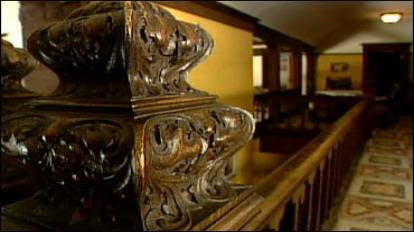 A Hallway and Bannister 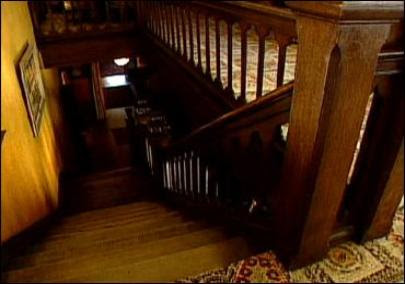 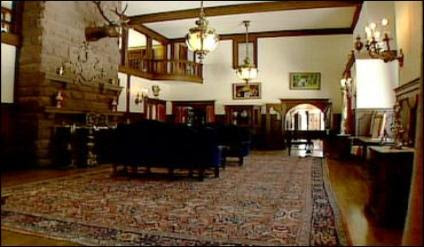 An Apparition in Boggy Draw

You may have heard about Boggy Draw, it isn’t really a draw at all, it is more of a hollow, or small, deep valley.

Word around Thunder Butte was that people would step out of the ranch house at night, if they happened to be high up and approaching the Moreau River breaks, they had seen long lines of horses, head down, depressed and spooky looking, single file, headed down the ridge to Boggy.

I had never seen anything, but then our ranch house was down in the creek bottom s of Thunder Butte Creek, so Boggy isn’t visible there.

One day, when I was about twelve years of age, riding down toward Boggy, I thought I heard bubbling, boiling sounds coming from the direction of Boggy.

It was getting along toward dark and I didn’t have much time, so I slapped the old mare with my bridle reins across her flank and we headed down the slope into the bowels of Old Boggy. I was going to find out what was making those sounds.

The Old Mare was balky and stubborn this evening, she just plainly did not want to go down into the draw, but I spurred her on down and as we approached the bottom, where there was a very small stream, she just totally balked. I could not make her move another step.

After about a half hour of leading, coaxing and spurring her on, she finally gave in and stumbled down the hill in to the bowels of Boggy.

As we came to the edge of this tiny stream, she started to pull the same stunt, sitting back on her haunches, refusing to take another step. Finally after much coaxing and losing of my temper she gave a mighty lurch and we landed in the middle of the stream----mind you, this stream was only a trickle of clear water.

As we hit the middle of the stream at the bottom of Old Boggy, the Old Mare didn’t just splash, she sunk.

Probably some sixth sense, having been practically born on a horse and in strange conditions like this, I flew off the horse, landing well in front of her and at the edge of the stream.

Some sixth sense, or perhaps some power from a Higher Source caused me to land on a place of solid footing and with my throwing rope in hand.

By the time I had turned around to look, the Old Mare was almost completely sunken out of sight, only her nose and the saddle horn remained above the water.

QUICK SAND! A country boy doesn’t have to be downing to understand even the smallest symptom of quick sand; we live in fear of it all the time.

I threw that rope without a moment’s hesitation and it snagged the saddle horn, first shot. Then, spying an old tree over my shoulder, I lashed the rope around the tree trunk and started to haul in the mare.

One inch at a time, for the next three hours, I pulled and adjusted the rope.
The mare heaved and struggled an inch at a time she rose higher in the quick sand and closer to firm ground.

Like I said, for three hours I pulled and adjusted that throwing rope and the mare struggled and finally despite her moans and groans and a lot other strange unearthly moaning and groaning, bubbling mud and splashing sounds from out of sight, you see it was almost completely dark now, the old mare came free.

She was so weak she could hardly stand, but we both stood there amid the most unearthly sounds you have ever heard until we could both walk again.

Having finally escaped the quicksand, I lead the Old Mare up Boggy Draw until the ground under foot became very rocky, then throwing a ton of big rocks into the stream I found a place where the rocks remained visible in the water, no quicksand.

I crossed safely here, leading the mare and we scrambled out of Boggy amid a chorus of dieing screams and unearthly moans from the bowels of Old Boggy.

Nobody has ever heard of this adventure until today.

You see, out in the country I would have been laughed at. Everybody knows such things never happen. Everybody knows about the strange, one way, single file apparitions hauntingly filing into Boggy to never be seen again. Everybody knows things like this are just coming out of the fertile imaginations of kids, so it has remained along with my silent fears for all of these years—Unspoken, unexplained.

Editor’s Note—My Dad sent this story just in time for Halloween. He swears this story from his childhood near Thunder Butte is a true one.
Mike Crowley Monday, October 08, 2007 | (0) comments |