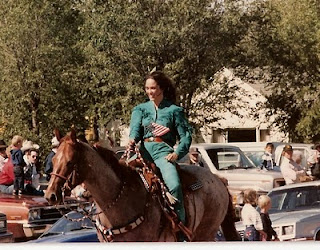 Faith, South Dakota, celebrates 100 years of history with a celebration that runs from Tuesday, August 10th, to Sunday, August 15th. That’s only ten days away! A schedule of the planned events can be found here on the town's website. You can also find additional information about plans for the Centennial on Facebook. If you belong to Facebook, just log in and search for “Faith Centennial” to pull up the town’s Centennial page. I’ll also be mentioning some of the plans for the Centennial in an upcoming post.

Editor's Note: Actress Catherine Bach, best known for her role as Daisy Duke on the 1980's television show, The Dukes of Hazzard, often visited her grandparents in Faith as a child.