Photos from the Faith Centennial Parade 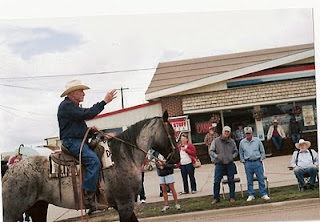 Well, folks, I had a once in a lifetime opportunity to go to Alaska for work or take time off and go to the Faith Centennial. Such a decision! I really wanted to see the Faith Centennial and I’d never before had an opportunity to go to Alaska. The choice—see rugged wilderness landscapes (while working) or visit cowboys and prairie folk! I don’t know how you would have chosen and it was a really tough choice, but my friend Stu Surma from Java, South Dakota, was kind enough to send me these photos of the Faith Centennial Parade, which was held on Saturday, August 14th. It’s not quite the same as being there, but almost as good! Thanks, Stu! I still feel bad, though, about missing all of the other great Centennial events. Of course, there is the Bicentennial to look forward to. With some advancements in medical science, a few spare parts, and an oxygen tank, I might still make that event. Let’s keep our fingers crossed! 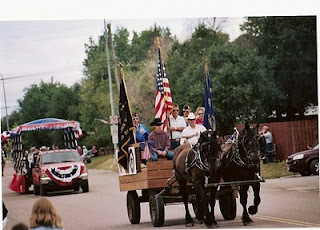 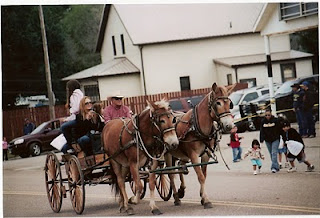 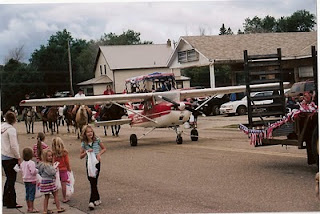 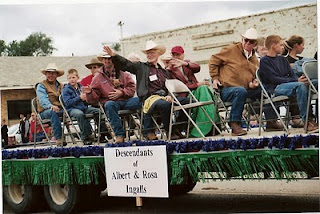 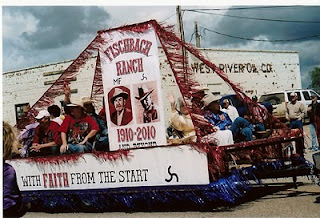 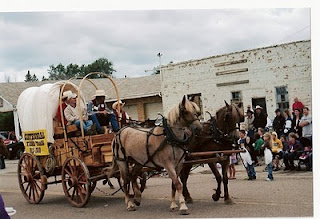 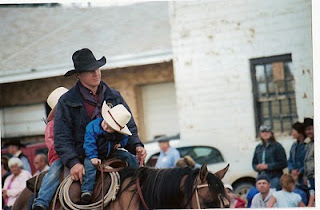 Falling Asleep in the Saddle (photo courtesy of Stu Surma) 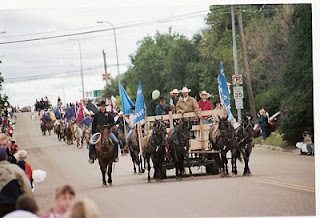 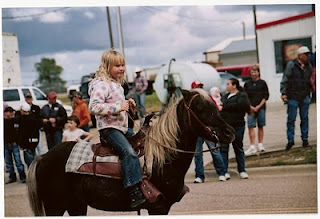 Little Cowgirl on a Pony (photo courtesy of Stu Surma) 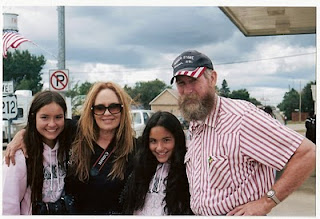 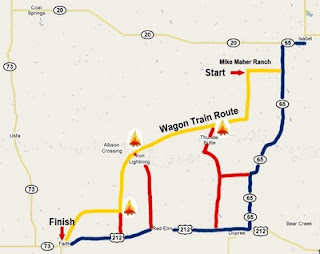 One of the Faith Centennial events that I really hate to have missed is the wagon train that departed Mike Maher's ranch up by Isabel last week and was slated to finish up in Faith yesterday. Traversing some pretty rugged country, this is an event that would have given participants the real feel of what some of the early pioneers faced as they moved into this country. To participate, you needed to supply your own team and wagon, which I certainly don't have. Does anyone have pictures? I'd be glad to display them. 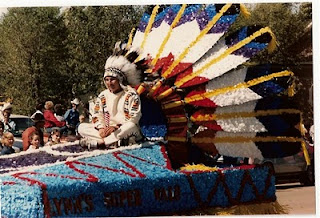 The Faith Centennial begins Tuesday and runs through Sunday, August 15th. There are activities every day including barbecues, pancake breakfasts, musical theater -- "Nunsense", a carnival, cowboy poetry, evening dancing to Dakota Country featuring Arlie Hulm, Kid's Day at the fairgrounds (on Thursday), a parade (on Saturday), a school alumni social, a fishing derby, a tractor pull, a history program, and of course the annual Faith Rodeo and Stock Show. I'm not doing justice to the sheer size of this event. There is a full program every day. For more information, contact the Faith Chamber of Commerce at (605) 967-2001 or email them at faithchamber@faithsd.com. You can also download the full schedule of activities here.

Unfortunately, I won't be there. I was hoping to come out and spend at least a few days in town, but work and family obligations intervene. So, I must relegate myself to celebrating Faith's history by pouring over some of my old South Dakota books, or by perusing the web in search of the elusive gem from Faith's past. For example, here's one I just found on Ebay -- a lovely commemorative plate celebrating Faith's first 50 years. Will it be mine, or will it be yours! Or, here's an old postcard with a photo of Faith's municipal building. From the looks of it, I'm guessing that it would have been taken about the time my uncle, Neal Crowley, worked as police chief in the little jail that it then housed as well as helped out in the municipal bar, which also was located in the same building. I'll also have to content myself by taking a look at another one of the photos (above) Stu Surma forwarded me from the parade celebrating Faith's first 75 years.

Faith reaches an important milestone, probably having outlived anyone who was alive when the town was founded one hundred years ago. My Dad, who wasn't around as long ago as that doesn't want to be reminded of his birthdays anymore. He also frets that if we traveled great distances to be at Faith's celebration, "No one would remember us." I don't think that's true. I saw a couple of folks who do just a year ago. In any case, here's a fond wish for a wonderful centennial celebration for the town. Also, don't let me forget to say, happy birthday, Faith!